The Museum of Anything Goes
This page still needs:
-Screenshots
-Information
-A Background
-A favicon

The Museum of Anything Goes 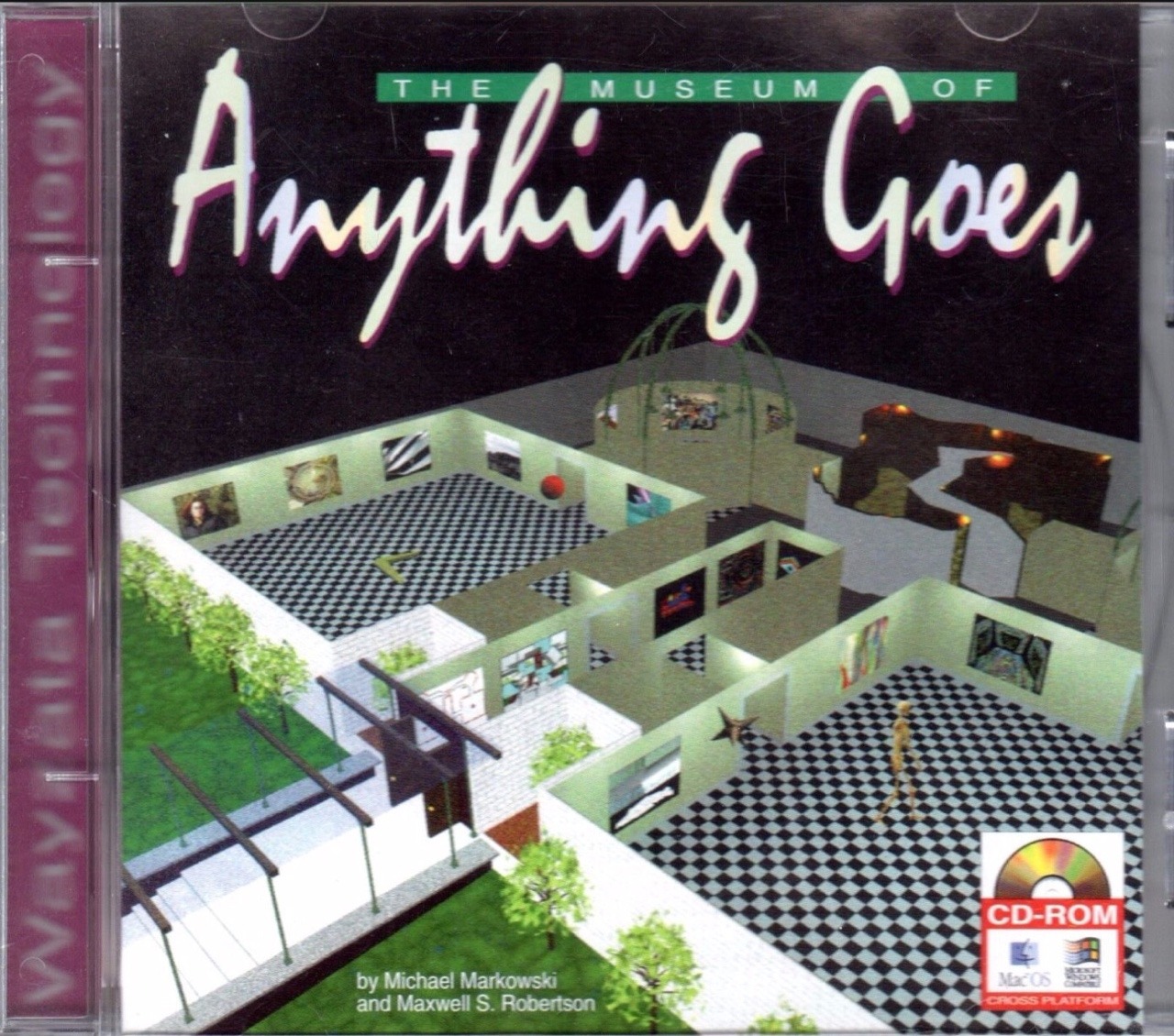 True to it's name The Museum of Anything Goes (hence forth abbreviated as TMOAG) would be a 1995 FMV "game" created published(?) created and published by Wayzata Technology. Likely first gaining psudo-mainstream notoriety by way of Vinny Vinesauce's stream of it (and the pig carcass).

Wayzata Technology's other (published?) CD-ROMs include The Washington Times' Insight, Gallery of Dreams and The Ultimate Button Collection among many others. Wayzata went out of business in 1996.

Very little is known of TMOAG's actual creators Michael Markowski and Maxwell Robertson. One of whom was a substitute teacher in Chicago where most of the footage was filmed. The two of them are listed on MobyGames (and ingame) as "The Authors of the Museum are two guys who have had no real contact with the outside world for 2 years"

Oh boy research is gonna be a handful.

TMOAG is a surreal, quirky, collection of low-res video footage and primitive 3D models. Nearly every screen has something and clicking on the many paintings takes you to several interactive art pieces which, of course, lead to more art pieces. It's probably safe to assume, short of data-mining, that a large percentage of the content in this game has remains unseen.

Going deeper into the museum reveals it's darker side, including children being snatched by a pterodactyl, "dead letters" from sources such as war, the aformentioned pig carcass (represnting a man you "killed"), as well as tombstones of a woman murdered by her husband and a small chiald who was hit by a car.

An extremely in depth blog has compiled a lot of information on the game.
A download is available on Archive.org (Win 3.1)